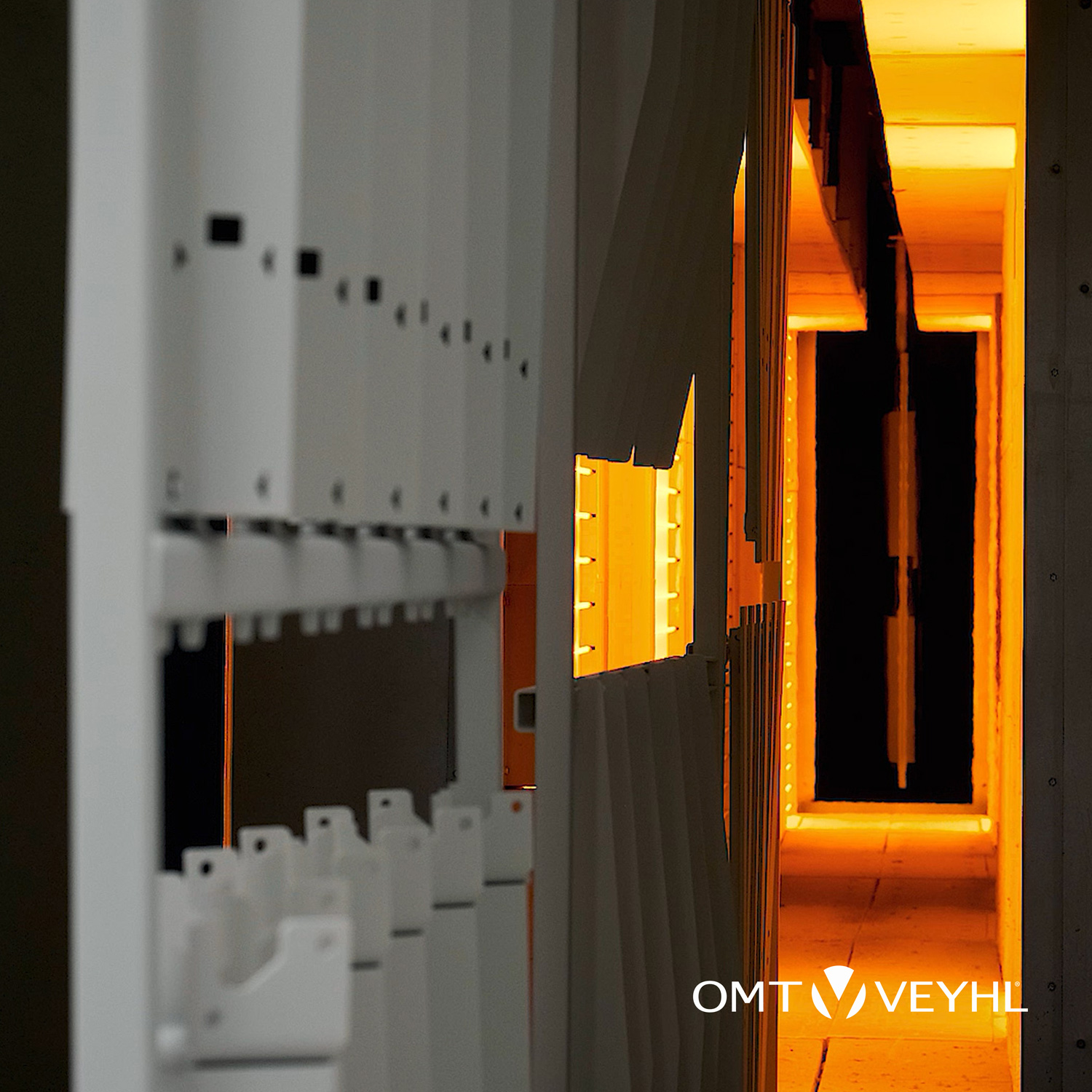 OMT-Veyhl manufacturers custom office furniture & accessories for OEMs. They hired us to create a virtual tour of their facility that could be sent to prospective clients.

Creating a concise, but information rich video covering all of their manufacturing capabilities.

A six minute factory tour covering each stage of their manufacturing process. The final video contains non-public information, so OMT-Veyhl sends it out using private links to prevent it being accessible by their competitors.

Here's how we did it

When OMT-Veyhl came to us, they had three priorities for the video.

We knew going into it there would be a couple challenges.

We created a plan

Prior to production, we met with OMT-Veyhl to discuss the challenges and goals of the project. We worked with them on the core messaging and information their customers would find most valuable. A storyboard for the video was developed featuring scripted voiceover, employee interviews, and a personal message from the CEO.

The first day, we filmed employees

We chose eight employees to each speak about their departments capabilities. Before interviewing them we informed them of the general topics we would talk about. We spoke for about 15 minutes each, and selected the best portions when we got to editing.

Our crew set up lights, provided makeup, captured sound and moved around the facility for each interview. We carefully chose each location to maximize the quality of the sound and framing of the image.

Video would be overlaid on top of each employee interview. We spent a full day capturing footage of their facility supporting each topic.

In post-production, we selected the best portions of each employee interview. We aligned it with the story outline we created earlier. Additionally, we used motion graphics to add additional information throughout the video.

The full video was sent to OEMs

The completed full video is hosted on a private link. The sales team send it out to prospective customers. Upon watching the video, OEMs can sign up for an in-person facility tour.

Here is the introduction of the video, which they have used on their social media.

‍“We could not be more pleased with the results! From start to finish, the entire project was carefully planned, communicated and executed. There were no surprises; they were on time or early with every milestone and the finished product was everything we hoped it would be. We would 100% recommend working with this extremely knowledgeable and professional team.”

SET UP A FREE DISCOVERY CALL.