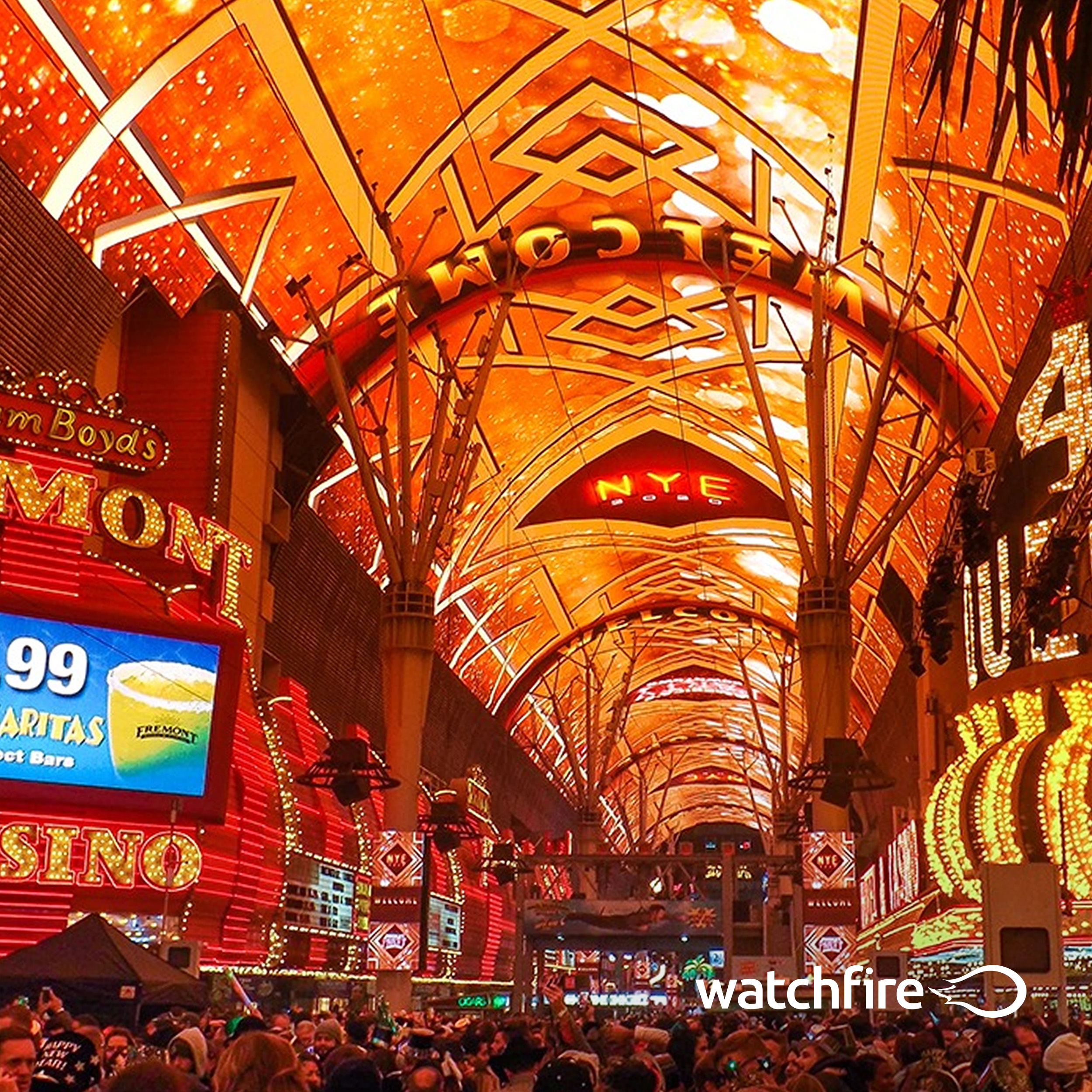 Watchfire Signs is a manufacturer of digital billboards, LED signs, and scoreboards. In 2018, Watchfire won a $32 million dollar contract to redesign and manufacture a digital LED canopy for Fremont Street in Las Vegas.

Watchfire challenged us to create an awareness campaign for their trade show circuit, social media channels, and website.

Here's how we did it

To kickoff this massive project we met with Watchfire to go over their goals for the project. They wanted to explain to people the timeline of the project, show the quality of their manufacturing process, and drive traffic to their website and social media channels. Additionally, use the videos in their trade show programs.

We designed a multi-faceted video approach utilizing several styles of video. We started first with capturing footage of the manufacturing process.

The install process would take place over eight months. To help visualize this, we created a stylized animation that showed how it would be used. We used this in the main video and exported it as a separate video.

Adapted the campaign for their trade show program

Watchfire relies heavily on trade shows for new business. Videos were adapted for their 2019 trade show circuit ahead of the project completion. We used text to replace what was communicated through voiceover. Additional information was added through motion graphics.

Created a comprehensive story for the final launch

The grand opening of the new sign took place on New Year's Eve 2019. We produced a video going over the entire process and finished product in entirety. We edited footage from a local Las Vegas vendor with our pre-launch footage we filmed. This video produced over 55k views on Facebook.