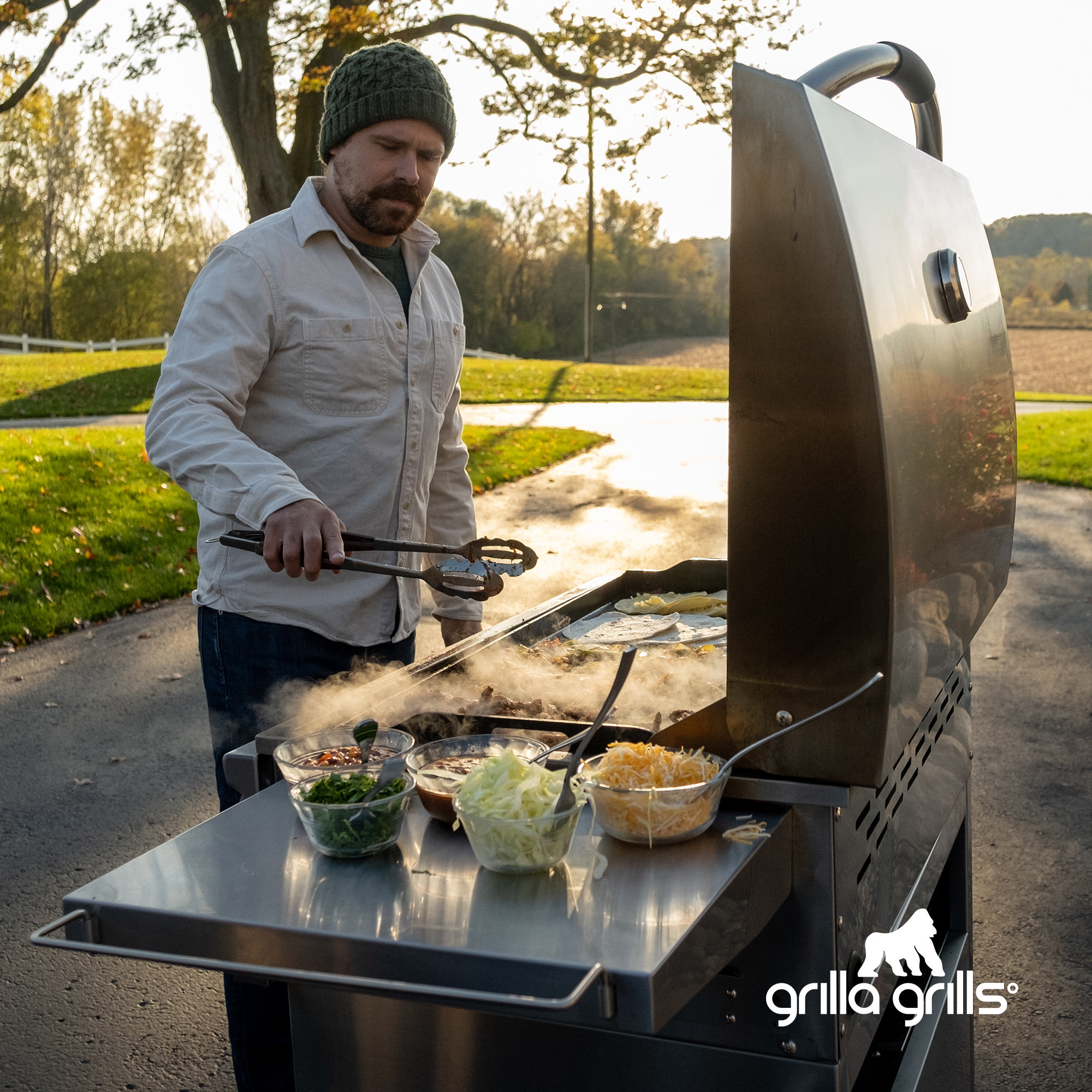 Grilla Grills was adding the Primate to their grill lineup. This was Grilla Grills' first venture into the gas grill and griddle market.

Showing consumers why they need a gas grill when the flavor profile of pellet grills is widely considered superior.

Grilla Grills Hired Us For

Pellet grills are considered to be superior to gas grills when it comes to flavor. And since Grilla Grills is known primarily as a pellet grill company, the venture into the gas grill and griddle market would require new messaging. When you compare the Primate's price to other griddles on the market, the Primate's price tag is significantly higher. But for good reason, as it's build quality is in a league of its own.

To address both of these points, we crafted messaging focusing on the value of having two grills in one, the build quality, and the versatility the Primate gives you. We tied all of this into their branding to create a natural transition into a new market.

"Built To Our Heavy-Duty Standards"

"A Full-Size Griddle And Gas Grill"

"The Primate Does It All"

"The Right Tool For The Job"

By focusing on the incredible value, versatility, and build quality of the Primate, we were able to position the Primate as a high-quality gas grill and griddle.

To reinforce the messaging, we developed a split-screen visual treatment showing the different types of foods you are able to cook. Below is one of the many video ads using this style.

A challenge that arose during production was the limited amount of Primate models we had to work with. Careful planning was required to get all of the footage we needed before dirtying up the grill. First, we photographed store photos, and then we filmed one day on location and one day at their HQ.

We created a full-service campaign that combined several different styles of videos and advertisements, mixing in organic and direct style video marketing. This well-rounded approach has proved highly successful for Grilla Grills and other companies in the e-commerce space.

In the past, we've found great success with personal videos, so we shot an engineering overview with Mark Graham going over the build quality and features of the Primate. This style of video connects with viewers and is less salesy than your traditional video advertisements.

Due to the product's timing, we decided to launch the Primate as a pre-order to capture additional holiday sales. The Primate launched in mid-November, with shipments slated to go out in early January. Before any real customer reviews, nearly all of the pre-orders were spoken for. Grilla Grill had a busy few weeks shipping out all of the Primate orders.